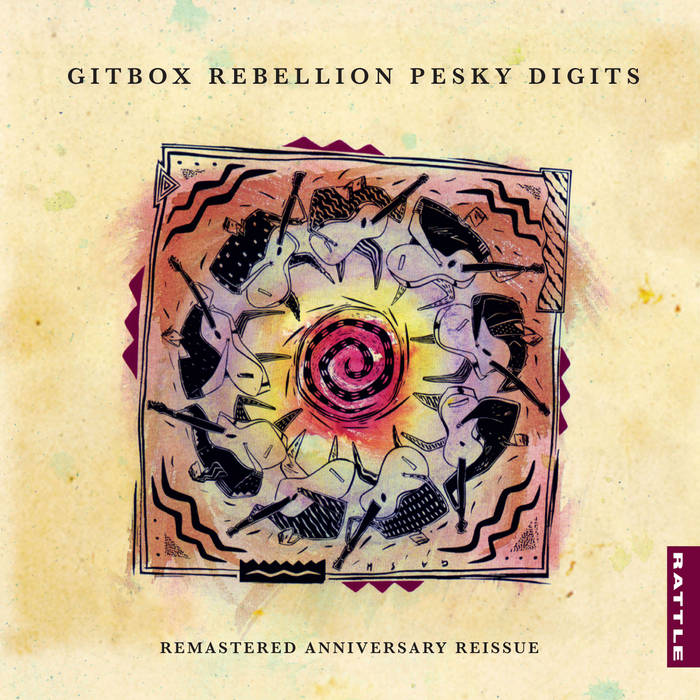 GITBOX: Pidgin for the group's chosen instrument, the steel-string acoustic guitar
REBELLION: A subversion of the orthodoxy in the guitar's native jazz/blues/rock tradition

Gitbox Rebellion emerged blinking into the public spotlight in 1988. Previously instigated by Nigel Gavin as a workshop for players of mixed experience, the group quickly outgrew its original brief. Technique improved rapidly, the pieces became more complex, and Gitbox Rebellion, the performance unit, was born.

Sounding better than ever, Rattle's first release was remastered, repackaged and reissued in 2011 to celebrate the label’s twentieth anniversary as NZ's pre-eminent art-music label. Exuberant and life-affirming, the music of Gitbox Rebellion is as finger-pickin' good as ever — Igor Stravinsky meets Pete Townshend only to find they have a lot in common.

Remastered in May 2011 by Steve Garden at Garden Shed Music Studio, Auckland
Reissue design by UnkleFranc